Solution for: Prehistoric Cave Paintings Took up to 20,000 Years to Complete 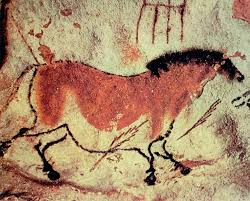 1
Answer: NOT GIVEN   Cave paintings inspired Michelangelo to paint the ceiling of the Sistine Chapel.

2
Answer: FALSE   It now seems that cave paintings were painted in one go and then left untouched.

3
Answer: FALSE   Dr Pike is focusing on dating artefacts found on the ground in the caves.

4
Answer: TRUE   There are a number of disadvantages to using carbon dating to date paintings and carvings.

5
Answer: NOT GIVEN   The Altamira cave contains more cave paintings than any other cave in Europe.

D the paintings were painted by the people living in the caves.
Answer: C

D only works with caves which are underwater.
Answer: A

D believes it is necessary only to study the symbols in the art.
Answer: B