Solution for: Research on web based crosswords

Research on web based crosswords 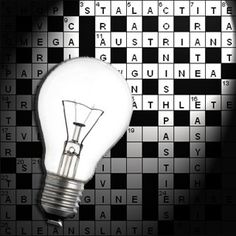 So, the task I gave you both was to choose an article about a small-scale research project.

You were then required to try to reproduce the research procedures in your own context ... i.e. try it out for yourselves.

Great. So I’d like you to tell me a bit about the article and why you chose it.

Well, the article’s written by two university lecturers who had started using crosswords to help their students revise terminology for exams .

And the crosswords were designed and set on computers.

And we selected the article because ... well it seemed an accessible topic, even though we weren’t familiar with the technique ... you know ... using IT to design crosswords for higher education.

That’s a good reason. So these lecturers wanted to see how well this innovation was received by their students?

So how did you go about reproducing the research?

Then we asked our classmates to try out the crossword and give us feedback, you know, their opinions, on how they felt about using the technique.

Was it easy to find participants?

It wasn’t easy at first. But then we convinced them that by taking part in the research they were actually benefiting themselves by preparing for an exam which is coming up later this term.

Jake:                A questionnaire. The original article used a two-page long questionnaire. There were lots of excellent questions on it but the whole section on difficulties using IT is now obsolete ... old-fashioned even, even though it had only been written a couple of years ago.

Leela:              Yeah. Then we sent it to the forty students by email and got twenty-eight replies. I was taken aback by the fact that everybody we talked to thought this was a good return! I mean the responses were well written, you know, people had taken a lot of care, but I was really disappointed with the low numbers.

Jake:                Well, basically the responses were extremely positive. The students said that doing the crossword on a computer helped them really focus on the work in hand and not be distracted, which is something that commonly happens with other ways of doing of revision.

Yeah ... that was really clear. But something that struck me was that ‘having fun’ hardly featured in their responses ... nor did anything to do with spelling of hard words ... which I thought would be an obvious benefit.

Respondents also said that doing the crossword hadn’t really increased their general motivation to study but that it had highlighted the gaps in their memory so they knew what further work was necessary.

Right ... So how did your findings tally with those of the original researchers?

There were lots of similarities but ...

.there were probably two main differences. We found that more males than females liked the technique, whereas the original study found the reverse.

But of course both sets of respondents said they’d be interested in doing more crosswords for informal purposes, revision and so forth.

Right, so let’s have a think about the whole project and what you’ve learned from doing it. Well ... it was very time consuming!

Yeah! And I don’t think we managed that aspect very well.

It could have been worse ... I mean we didn’t have a lot of data so we didn’t have to spend ages processing it. And of course, we’d already done a course on numerical data processing so there wasn’t much new there.

Yeah, that’s true. Anyway, I think we designed our questions well so that they gave us manageable data.

Yeah, it really helped having the original study to guide us, as it were ... and that helped us see what a good research instrument is ....what a good questionnaire should be like.

Absolutely - we got a lot from that. But when we were writing up the project, I’m not sure whether we’ll know how to acknowledge the work of the original study ... you know, our referencing.

No ... that’s something we’ll both have to work on in the future.

Actually that part’s been great, finding ways to share and support another person.

That’s the real plus from the project ... learning ways to do that.

You will hear two undergraduates doing a research methods course - a girl called Leela and a boy called Jake - having a seminar with their tutor.

1    Leela and Jake chose this article because

A it was on a topic familiar to most students.

B it covered both IT and education issues.

2    How did Leela and Jake persuade students to take part in their research?

A They convinced them they would enjoy the experience.

B They said it would help them do a particular test.

C They offered to help them with their own research later on.
Answer: B    Locate  Listen from here

A it was too short for their purposes.

B it asked misleading questions.

4    Leela was surprised by the fact that

A it is normal for questionnaire returns to be low.

B so many students sent back their questionnaires.

C the questionnaire responses were of such high quality.
Answer: A    Locate  Listen from here

What TWO things did respondents say they liked most about doing the crossword?

B It was an enjoyable experience.

C It helped them concentrate effectively.

D It increased their general motivation to study.

In which TWO areas did these research findings differ from those of the original study?

B How much students liked doing the crossword.

C Time taken to do the crossword.

What TWO skills did Leela and Jake agree they had learned from the project?

A How to manage their time effectively.

B How to process numerical data.

C How to design research tools.

D How to reference other people’s work.