Solution for: Examining the placebo effect 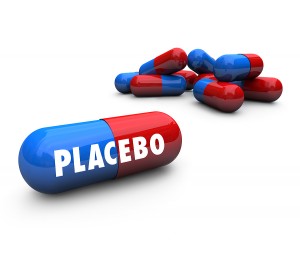 His plan hinged on the success of an experimental anti-depressant codenamed MK-869. Still in clinical trials, it was a new kind of medication that exploited brain chemistry in innovative ways to promote feelings of well-being. The drug tested extremely well early on. with minimal side effects. Behind the scenes, however, MK-869 was starting to unravel. True, many test subjects treated with the medication felt their hopelessness and anxiety lift. But so did nearly the same number who took a placebo, a look-alike pill made of milk sugar or another ineit substance given to groups of volunteers in subsequent clinical trials to gauge the effectiveness of the real drug by comparison. Ultimately Merck's venture into the anti-depressant market failed. In the jargon of the industry, the trials crossed the "futility boundary".

MK-869 has not been the only much-ited medical breakthrough to be undone in recent years by the placebo effect. And it's not only trials of new drugs that are crossing the futility boundary. Some products that have been on the market for decades are faltering in more recent follow-up tests It's not that the old medications are getting weaker, drug developers say It's as if the placebo effect is somehow getting stronger The fact that an increasing number of medications are unable to beat sugar pills has thrown the industry into crisis The stakes could hardly be higher. To win FDA* approval, a new medication must beat placebo In at least two authenticated trials. In today’s economy, the fate of a well-established company can hang on the outcome of a handful of tests.

Studies like this open the door to hybrid treatment strategies that exploit the placebo effect to make real drugs safer and more effective. As Potter says. “To really do the best foi your patients, you want the best placebo response plus the best drug response'' adapted from Wired Magazine

3     Some medical conditions are more easily treated by a placebo than others.
Answer: NOT GIVEN

4     It was to be expected that the third group in Kaptchuk’s trial would do better than the other two groups.
Answer: YES    Locate

5     Kaptchuk’s research highlights the fact that combined drug and placebo treatments should be avoided.
Answer: NO    Locate

Initially, MK-869 had some 8
Answer: C    Locate, but later trials revealed a different picture. Although key 9
Answer: G    Locate could be treated with the drug, a sugar pill was proving equally effective. In the end, the 10
Answer: E    Locate indicated that it was pointless continuing with the development of the drug.

D Some of his findings were not accepted by the drugs industry.
Answer: C    Locate

D The FDA preferred drugs to be tested in different countries.
Answer: B    Locate

D Those conducting a placebo trial need to know the subjects’ disorder well.
Answer: A    Locate