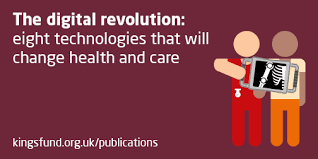 People who are grossly overweight, who smoke heavily or drink excessively could be denied surgery or drugs.The National Institute for Health and Clinical Excellence (NICE), which advises on the clinical and cost effectiveness of treatments for the National Health Service (NHS) in the UK, said that in some cases the’self-inflicted’ nature of an illness should be taken into account.

NICE stressed that people should not be discriminated against by doctors simply because they smoked or were overweight. Its ruling should apply only if the treatment was likely to be less effective, or not work because of an unhealthy habit The agency also insisted that its decision was not an edict for the whole NHS but guidance for its own appraisal committees when reaching judgements on new drugs or procedures. But the effect is likely to be the same.

NICE is a powerful body and the cause of much controversy. It is seen by some as a new way of rationing NHS treatment Across the UK, primary care trusts (PCTs) regularly wait for many months for a NICE decision before agreeing to fund a new treatment. One group of primary care trusts is ahead of NICE. Three PCTs in east Suffolk have already decided that obese people would not be entitled to have hip or knee replacements unless they lost weight The group said the risks of operating on them were greater, the surgery may be less successful and the joints would wear out sooner. It was acknowledged that the decision would also save money.

NICE said no priority should be given to patients based on income, social class or social roles at different ages when considering the cost effectiveness of a treatment. Patients should not be discriminated against on the grounds of age either, unless age has a direct relevance to the condition. NICE has already ruled that IVF should be available on the NHS to women aged 23 to 39 as the treatment has less chance of success in older women. It also recommends that flu drugs should be available to over-65s, as older people are more vulnerable.

But NICE also said that if self-inflicted factors meant that drugs or treatment would be less clinically and cost effective, this may need to be considered when producing advice for the NHS. They state that If the self-inflicted cause of the condition will influence the likely outcome of a particular treatment, then it may be appropriate to take this into account in some circumstances.’They acknowledge that it can be difficult to decide whether an illness such as a heart attack was self-inflicted in a smoker. ‘A patient’s individual circumstances may only be taken into account when there will be an impact on the clinical and cost effectiveness of the treatment’

Prof Sir Michael Rawlins, the chairman of NICE, said: ‘On age we are very clear – our advisory groups should not make recommendations that depend on people’s ages when they are considering the use of a particular treatment unless there is clear evidence of a difference in its effectiveness for particular age groups. Even then, age should only be mentioned when it provides the only practical ‘marker1 of risk or benefit NICE values people, equally, at all ages.’

But Steve Webb, the Liberal Democrat health spokesman, said there was a danger of primary care trusts following the same course of action. There is no excuse for cash-strapped hospitals denying treatment to people whose lifestyle they disapprove of/ he said. Treatment decisions involving people’s lifestyle should be based on clinical reasons, not grounds of cost The NHS is there to keep people healthy, not to sit in judgement on individual lifestyles.’

A spokesman for NICE said: ‘We want to reassure people that in producing our guidance we are not going to take into consideration whether or not a particular condition was or is self-inflicted. The only circumstances where that may be taken into account is where that treatment may be less effective because of lifestyle choices.’

Jonathan Ellis, the policy manager at Help the Aged, said it was pleased NICE had finally shown an understanding of the importance of tackling age discrimination.’While this is a major feat, there is still some way to go to banish the evident inherent age discrimination that exists within health care services,’he said.The NHS now has much to leam. It will ensure a fairer deal all round for older people using the NHS.’

Which THREE of the following statements are true of NICE, according to the text?

A It feels that people with bad health habits should not receive treatment.

B It is an agency that offers advice to the NHS.

C Some of the reports they produce discriminate against the elderly.

D It insists its decision should only be applicable in certain situations.

E It is an agency that controls all NHS policy regarding treatments.

F Its powers are not as extensive as those of the NHS.

G Many PCTs base their decisions concerning funding on ones made by NICE. H It has made a statement that overweight people will not receive new joints.

A rich people should not be given special consideration over the poor.

B only patients from certain classes should be considered for treatmen

C social roles should be considered when deciding treatment.

D cost of treatment would depend on patients’ income.

5  What recommendations has NICE made?

A to provide older women with IVF treatments

B to make flu drugs accessible to women under 40

C to give people between 23-39 flu drugs

D to allow certain women to have 1 VF treatments

A some drugs used by the NHS were not clinically effective.

B their advice is sometimes ignored by the NHS.

C it is often hard to determine if a patient has caused his or her condition.

D they are more concerned about cost effectiveness than patients.

Look at the following statements (Questions 7-13) and the list of people below.

Match each statement with the correct person A-C.

8  This person holds a very high position in the NICE agency.

9  This person is a member of a political party.

10  This person says their policy regarding age is precise and easy to understand.

11  This person does not agree with the position taken by NICE.

12  This person feels the NHS must further improve its relations with the elderly.

13  This person says that NICE does not discriminate on the grounds of age.