Solution for: The Context, Meaning and Scope of Tourism

The Context, Meaning and Scope of Tourism 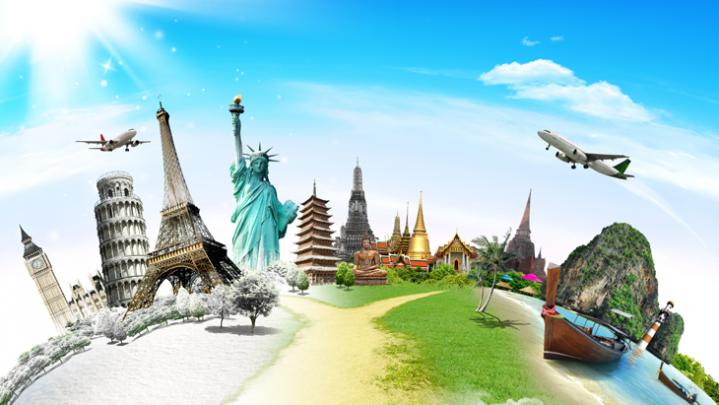 A - The history of travel

Travel has existed since the beginning of time, when primitive man set out, often traversing great distances in search of game, which provided the food and clothing necessary for his survival. Throughout the course of history, people have travelled for purposes of trade, religious conviction, economic gain, war, migration and other equally compelling motivations. In the Roman era, wealthy aristocrats and high government officials also travelled for pleasure. Seaside resorts located at Pompeii and Herculaneum afforded citizens the opportunity to escape to their vacation villas in order to avoid the summer heat of Rome. Travel, except during the Dark Ages, has continued to grow and, throughout recorded history, has played a vital role in the development of civilisations and their economies.

B - The development of mass tourism

Tourism in the mass form as we know it today is a distinctly twentieth-century phenomenon. Historians suggest that the advent of mass tourism began in England during the industrial revolution with the rise of the middle class and the availability of relatively inexpensive transportation. The creation of the commercial airline industry following the Second World War and the subsequent development of the jet aircraft in the 1950s signalled the rapid growth and expansion of international travel. This growth led to the development of a major new industry: tourism. In turn, international tourism became the concern of a number of world governments since it not only provided new employment opportunities but also produced a means of earning foreign exchange.

Tourism today has grown significantly in both economic and social importance. In most industrialised countries over the past few years the fastest growth has been seen in the area of services. One of the largest segments of the service industry, although largely unrecognised as an entity in some of these countries, is travel and tourism. According to the World Travel and Tourism Council (1992), travel and tourism is the largest industry in the world on virtually any economic measure including value-added capital investment, employment and tax contributions,. In 1992’ the industry’s gross output was estimated to be $3.5 trillion, over 12 per cent of all consumer spending. The travel and tourism industry is the world’s largest employer the almost 130 million jobs, or almost 7 per cent of all employees. This industry is the world’s leading industrial contributor, producing over 6 per cent of the world’s national product and accounting for capital investment in excess of $422 billion m direct indirect and personal taxes each year. Thus, tourism has a profound impact both on the world economy and, because of the educative effect of travel and the effects on employment, on society itself.

D - Difficulty in recognising the economic effects of tourism

However, the major problems of the travel and tourism industry that have hidden, or obscured, its economic impact are the diversity and fragmentation of the industry itself. The travel industry includes: hotels, motels and other types of accommodation; restaurants and other food services; transportation services and facilities; amusements, attractions and other leisure facilities; gift shops and a large number of other enterprises. Since many of these businesses also serve local residents, the impact of spending by visitors can easily be overlooked or underestimated. In addition, Meis (1992) points out that the tourism industry involves concepts that have remained amorphous to both analysts and decision makers. Moreover, in all nations this problem has made it difficult for the industry to develop any type of reliable or credible tourism information base in order to estimate the contribution it makes to regional, national and global economies. However, the nature of this very diversity makes travel and tourism ideal vehicles for economic development in a wide variety of countries, regions or communities.

E - The world impact of tourism

Once the exclusive province of the wealthy, travel and tourism have become an institutionalised way of life for most of the population. In fact, McIntosh and Goeldner (1990) suggest that tourism has become the largest commodity in international trade for many nations and, for a significant number of other countries, it ranks second or third. For example, tourism is the major source of income in Bermuda, Greece, Italy, Spain, Switzerland and most Caribbean countries. In addition, Hawkins and Ritchie, quoting from data published by the American Express Company, suggest that the travel and tourism industry is the number one ranked employer in the Bahamas, Brazil, Canada, France, (the former) West Germany, Hong Kong, Italy, Jamaica, Japan, Singapore, the United Kingdom and the United States. However, because of problems of definition, which directly affect statistical measurement, it is not possible with any degree of certainty to provide precise, valid or reliable data about the extent of world-wide tourism participation or its economic impact. In many cases, similar difficulties arise when attempts are made to measure domestic tourism.

Write the correct number, i-vii,in boxes 1-4 on your answer sheet

i.     Economic and social significance of tourism
ii.    The development of mass tourism
iii.   Travel for the wealthy
iv.   Earning foreign exchange through tourism
v.    Difficulty in recognising the economic effects of tourism
vi.   The contribution of air travel to tourism
vii.  The world impact of tourism
viii. The history of travel

5   The largest employment figures in the world are found in the travel and tourism industry.
Answer: TRUE    Locate
6   Tourism contributes over six per cent of the Australian gross national product.
Answer: NOT GIVEN
7   Tourism has a social impact because it promotes recreation.
Answer: NOT GIVEN
8   Two main features of the travel and tourism industry make its economic significance difficult to ascertain.
Answer: TRUE    Locate
9   Visitor spending is always greater than the spending of residents in tourist areas.
Answer: NOT GIVEN
10 It is easy to show statistically how tourism affects individual economies.
Answer: FALSE    Locate

11. In Greece, tourism the most important
Answer: source of income / industry    Locate

12. The travel and tourism industry in Jamaica is the major
Answer: employer    Locate

13. The problems associated with measuring international tourism are often reflected in the measurement of
Answer: domestic tourism    Locate