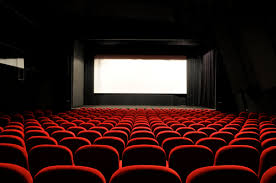 1      The inventors of cinema regarded it as a minor attraction.

2       Some directors were aware of cinema's artistic possibilities from the very beginning.

3       The development of cinema's artistic potential depended on technology.

5      Western businessmen were concerned about the emergence of film industries in other parts of the world.

Mizoguchi - focused on the 10 restrictions faced by women

D Two cultures: how has western cinema tried to come to terms with the challenge of the Asian market?