Solution for: Consequences of Super Volcanoes 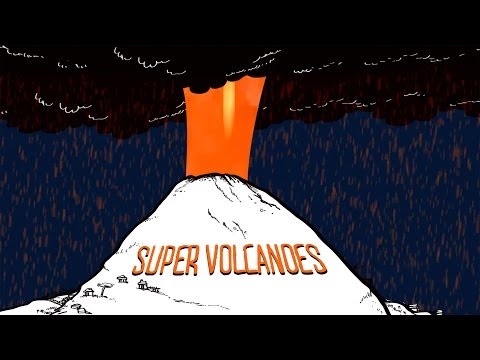 The year was 1816. Europe and North America had just been through a devastating series of wars, and a slow recovery seemed to be underway, but nature had other plans. After two years of poor harvests, the spring brought heavy rains and cold, flooding the rivers and causing crop failures from the British Isles to Switzerland. While odd-colored snow fell in Italy and Hungary, famine, food riots and disease epidemics ensued.

Meanwhile, New England was blanketed by a strange fog that would not disperse as the ground remained frozen well into June. In what came to be known as "the Year Without a Summer," some thought the apocalypse had begun. A mood captured in Lord Byron's poem "Darkness": "I had a dream which was not all a dream. The bright sun was extinguish'd, and the stars did wander darkling in the eternal space, rayless, and pathless, and the icy Earth swung blind and blackening in the moonless air; morn came and went -- and came, and brought no day".

They had no way of knowing that the real source of their misfortunes had occurred a year ago thousands of miles away. The 1815 eruption of Mount Tambora on the Indonesian island of Sumbawa was what is known as a supervolcano, characterized by a volume of erupted material, many times greater than that of ordinary volcanoes.

And while the popular image of volcanic destruction is molten rock engulfing the surrounding land, far greater devastation is caused by what remains in the air. Volcanic ash, dispersed by wind, can blanket the sky for days, while toxic gases, such as sulfur dioxide, react in the stratosphere, blocking out solar radiation and drastically cooling the atmosphere below. The resulting volcanic winter, along with other effects such as acid rain, can effect multiple continents, disrupting natural cycles and annihilating the plant life on which other organisms, including humans, depend.

Releasing nearly 160 cubic kilometers of rock, ash and gas, the Mount Tambora eruption was the largest in recorded history, causing as many as 90,000 deaths. But previous eruptions have been even more deadly. The 1600 eruption of Peru's Huaynaputina is likely to have triggered the Russian famine, that killed nearly two million, while more ancient eruptions have been blamed for major world events, such as the fall of the Chinese Xia Dynasty, the disappearance of the Minoan civilization, and even a genetic bottleneck in human evolution that may have resulted from all but a few thousand human beings being wiped out 70,000 years ago.

One of the most dangerous types of supervolcano is an explosive caldera, formed when a volcanic mountain collapses after an eruption so large that the now-empty magma chamber can no longer support its weight. But though the above-ground volcano is gone, the underground volcanic activity continues. With no method of release, magma and volcanic gases continue to accumulate and expand underground, building up pressure until a massive and violent explosion becomes inevitable. And one of the largest active volcanic calderas lies right under Yellowstone National Park. The last time it erupted, 650,000 years ago, it covered much of North America in nearly two meters of ash and rock. Scientists are currently monitoring the world's active volcanoes, and procedures for predicting eruptions, conducting evacuations and diverting lava flows have improved over the years.

But the massive scale and global reach of a supervolcano means that for many people there would be nowhere to run. Fortunately, the current data shows no evidence of such an eruption occurring in the next few thousand years. But the idea of a sudden and unavoidable civilization-destroying apocalypse caused by events half a globe away will remain a powerful and terrifying vision. Less fictional than we would like to believe. "The winds were withered in the stagnant air, and the clouds perish'd; darkness had no need of aid from them -- she was the universe".

Choose the appropriate answer A, B, C or D.

A England and the USA

B Hungary and Italy

D All over Europe
Answer: B    Locate  Listen from here

A The year without summer

B The year of the Famine

C The year the Apocalypse began

D The year of darkness
Answer: A    Locate  Listen from here

A Earthquakes after the eruption

B Magma destroying everything on its way

C Particles and gases released into the air

A the cooling temperatures

B Ash and particles blocking out sunlight

D All of the above
Answer: D    Locate  Listen from here

D The Minx Dynasty
Answer: A    Locate  Listen from here

A we won’t be able to build cannals

D we would have nowhere to run
Answer: D    Locate  Listen from here