Solution for: In search of the holy grail

In search of the holy grail 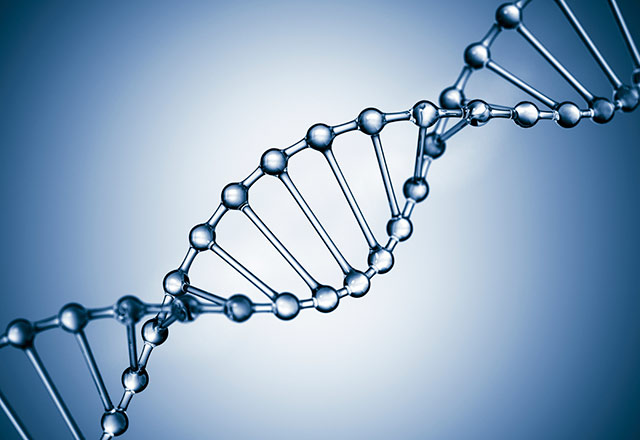 It has been called the Holy Grail of modern biology. Costing more than £2 billion, it is the most ambitious scientific project since the Apollo programme that landed a man on the moon. And it will take longer to accomplish than the lunar missions, for it will not be complete until early next century. Even before it is finished, according to those involved, this project should open up new understanding of, and new treatments for, many of the ailments that afflict humanity. As a result of the Human Genome Project, there will be new hope of liberation from the shadows of cancer, heart disease, autoimmune diseases such as rheumatoid arthritis, and some psychiatric illnesses.

The objective of the Human Genome Project is simple to state, but audacious in scope: to map and analyse every single gene within the double helix of humanity's DNA1. The project will reveal a new human anatomy — not the bones, muscles and sinews, but the complete genetic blueprint for a human being. Those working on the Human Genome Project claim that the new genetical anatomy will transform medicine and reduce human suffering in the twenty-first century. But others see the future through a darker glass, and fear that the project may open the door to a world peopled by Frankenstein's monsters and disfigured by a new eugenics2.

The genetic inheritance a baby receives from its parents at the moment of conception fixes much of its later development, determining characteristics as varied as whether it will have blue eyes or suffer from a life- threatening illness such as cystic fibrosis. The human genome is the compendium of all these inherited genetic instructions. Written out along the double helix of DNA are the chemical letters of the genetic text, it is an extremely long text, for the human genome contains more than 3 billion letters:

On the printed page it would fill about 7,000 volumes. Yet, within little more than a decade, the position of every letter and its relation to its neighbours will have been tracked down, analysed and recorded.

Considering how many letters there are in the human genome, nature is an excellent proof-reader. But sometimes there are mistakes. An error in a single 'word' — a gene - can give rise to the crippling condition of cystic fibrosis, the commonest genetic disorder among Caucasians. Errors in the genetic recipe for haemoglobin, the protein that gives blood its characteristic red colour and which carries oxygen from the lungs to the rest of the body, give rise to the most common single gene disorder in the world: thalassaemia. More than 4,000 such single-gene defects are known to afflict humanity.

None of the single-gene disorders is a disease in the conventional sense, for which it would be possible to administer a curative drug: the defect is pre-programmed into every cell of the sufferer's body. But there is hope of progress. In 1986,. American researchers identified the genetic defect underlying one type of muscular dystrophy. In 1989, a team of American and Canadian biologists announced that they had found the site of the gene which, when defective, gives rise to cystic fibrosis. Indeed, not only had they located the gene, they had analysed the sequence of letters within it and had identified the mistake responsible for the condition. At the least, these scientific advances may offer a way of screening parents who might be at risk of transmitting a single-gene defect to any children that they conceive. Foetuses can be tested while in the womb, and if found free of the genetic defect, the parents will be relieved of worry and stress, knowing that they will be delivered of a baby free from the disorder.

In the mid-1980s, the idea gained currency within the scientific world that the techniques which were successfully deciphering disorder-related genes could be applied to a larger project: if science can learn the genetic spelling of cystic fibrosis, why not attempt to find out how to spell 'human'? Momentum quickly built up behind the Human Genome Project and its objective of 'sequencing' the entire genome - writing out all the letters in their correct order.

But the consequences of the Human Genome Project go far beyond a narrow focus on disease. Some of its supporters have made claims of great extravagance - that the Project will bring us to understand, at the most fundamental level, what it is to be human. Yet many people are concerned that such an emphasis on humanity's genetic constitution may distort our sense of values, and lead us to forget that human life is more than just the expression of a genetic program written in the chemistry of DNA.

If properly applied, the new knowledge generated by the Human Genome Project may free humanity from the terrible scourge of diverse diseases. But if the new knowledge is not used wisely, it also holds the threat of creating new forms of discrimination and new methods of oppression. Many characteristics, such as height and intelligence, result not from the action of genes alone, but from subtle interactions between genes and the environment. What would be the implications if humanity were to understand, with precision, the genetic constitution which, given the same environment, will predispose one person towards a higher intelligence than another individual whose genes were differently shuffled?

Once before in this century, the relentless curiosity of scientific researchers brought to light forces of nature in the power of the atom, the mastery of which has shaped the destiny of nations and overshadowed all our lives. The Human Genome Project holds the promise that, ultimately, we may be able to alter our genetic inheritance if we so choose. But there is the central moral problem: how can we ensure that when we choose, we choose correctly? That such a potential is a promise and not a threat? We need only look at the past to understand the danger.

2 eugenics The science of improving the qualities of the human race, especially the careful selection of parents.

Complete the sentences below (Questions 1-6) with words taken from Reading Passage.

Use NO MORE THAN THREE WORDS OR A NUMBER for each answer.

1 The passage compares the Project in scale to the
Answer: Apollo (space) programme    Locate

2 The possible completion date of the Project is
Answer: (early) next century    Locate

3 To write out the human genome on paper would require books.
Answer: 7,000    Locate

4 A genetic problem cannot be treated with drags because strictly speaking it is not a
Answer: disease    Locate

5 Research into genetic defects had its first success in the discovery of the cause of one form of
Answer: muscular dystrophy    Locate

6 The second success of research into genetic defects was to find the cause of
Answer: cystic fibrosis    Locate

Classify the following statements as representing

A the writer's fears about the Human Genome Project

B other people's fears about the Project reported by the writer

C the writer's reporting of facts about the Project

Write the appropriate letters A-D in boxes 7-14 on your answer sheet.

7 The Project will provide a new understanding of major diseases.
Answer: D    Locate

8 All the components which make up DNA are to be recorded and studied.
Answer: C    Locate

9 Genetic monsters may be created.
Answer: B    Locate

10 The correct order and inter-relation of all genetic data in all DNA will be mapped.
Answer: C    Locate

12 Being 'human' may be defined solely in terms of describable physical data.
Answer: B    Locate

13 People may be discriminated against in new ways.
Answer: A    Locate

14 From past experience humans may not use this new knowledge wisely.
Answer: A    Locate