Solution for: The World Wide Web from its origins

The World Wide Web from its origins 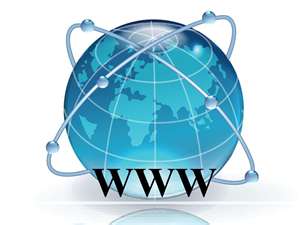 Science inspired the World Wide Web, and the Web has responded by changing science.

'Information Management: A Proposal'. That was the bland title of a document written in March 1989 by a then little-known computer scientist called Tim Berners-Lee, who was working at CERN, Europe’s particle physics laboratory, near Geneva. His proposal, modestly called the World Wide Web, has achieved far more than anyone expected at the time.

In fact, the Web was invented to deal with a specific problem. In the late 1980s, CERN was planning one of the most ambitious scientific projects ever, the Large Hadron Collider*, or LHC. As the first few lines of the original proposal put it, 'Many of the discussions of the future at CERN and the LHC end with the question "Yes, but how will we ever keep track of such a large project?" This proposal provides an answer to such questions.

The Web, as everyone now knows, has many more uses than the original idea of linking electronic documents about particle physics in laboratories around the world. But among all the changes it has brought about, from personal social networks to political campaigning, it has also transformed the business of doing science itself, as the man who invented it hoped it would.

It allows journals to be published online and links to be made from one paper to another. It also permits professional scientists to recruit thousands of amateurs to give them a hand. One project of this type, called GalaxyZoo, used these unpaid workers to classify one million images of galaxies into various types (spiral, elliptical and irregular). This project, which was intended to help astronomers understand how galaxies evolve, was so successful that a successor has now been launched, to classify the brightest quarter of a million of them in finer detail. People working for a more modest project called [email protected] examine scanned images of handwritten notes about old plants stored in British museums. This will allow them to track the changes in the distribution of species in response to climate change.

Another new scientific application of the Web is to use it as an experimental laboratory. It is allowing social scientists, in particular, to do things that were previously impossible. In one project, scientists made observations about the sizes of human social networks using data from Facebook. A second investigation of these networks, produced by Bernardo Huberman of HP Labs, Hewlett-Packard's research arm in Pato Alto, California, looked at Twitter, a social networking website that allows people to post short messages to long lists of friends.

At first glance, the networks seemed enormous - the 300,000 Twitterers sampled had 80 friends each, on average (those on Facebook had 120), but some listed up to 1,000. Closer statistical inspection, however, revealed that the majority of the messages were directed at a few specific friends. This showed that an individual's active social network is far smaller than his 'clan'. Dr Huberman has also helped uncover several laws of web surfing, including the number of times an average person will go from web page to web page on a given site before giving up, and the details of the 'winner takes all' phenomenon, whereby a few sites on a given subject attract most of the attention, and the rest get very little.

Scientists have been good at using the Web to carry out research. However, they have not been so effective at employing the latest web-based social-networking tools to open up scientific discussion and encourage more effective collaboration. Journalists are now used to having their articles commented on by dozens of readers. Indeed, many bloggers develop and refine their essays as a result of these comments.

Yet although people have tried to have scientific research reviewed in the same way, most researchers only accept reviews from a few anonymous experts. When Nature, one of the world's most respected scientific journals, experimented with open peer review in 2006, the results were disappointing. Only 5% of the authors it spoke to agreed to have their article posted for review on the Web - and their instinct turned out to be right, because almost half of the papers attracted no comments. Michael Nielsen, an expert on quantum computers, belongs to a new wave of scientist who want to change this. He thinks the reason for the lack of comments is that potential reviewers lack incentive.

adapted from The Economist

* The Large Hadron Collider (LHC) is the world's largest particle accelerator and collides particle beams. It provides information on fundamental questions of physics.

1    Tim Berners-Lee was famous for his research in physics before he invented the World Wide Web.
Answer: FALSE    Locate

2    The original intention of the Web was to help manage one extremely complex project.
Answer: TRUE    Locate

3    Tim Berners-Lee has also been active in politics.
Answer: NOT GIVEN

4    The Web has allowed professional and amateur scientists to work together.
Answer: TRUE    Locate

6    [email protected]’s work will help to reduce the effects of climate change.
Answer: NOT GIVEN

Social networks and Internet use

Most 8  intended for limited number of people - not everyone on list.
Answer: messages    Locate

11 Whose writing improves as a result of feedback received from readers?
Answer: bloggers

12 What type of writing is not reviewed extensively on the Web?
Answer: scientific research    Locate

13 Which publication invited authors to publish their articles on the World Wide Web?
Answer: Nature    Locate