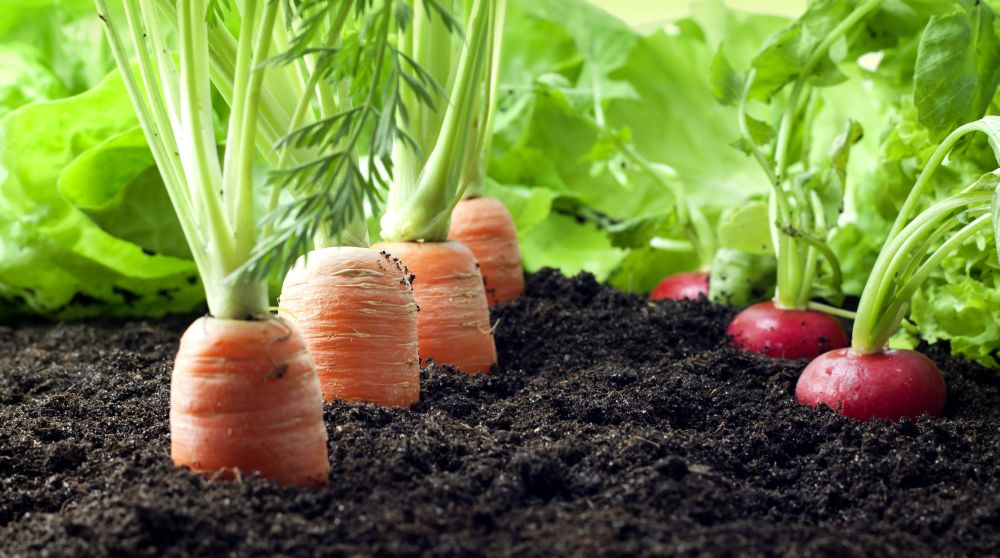 Hi, everyone. What I'm going to talk about today is organic farming. Let's first look at what organic farming is. It can be defined as one or more systems of production which don't use synthetic fertilizers, manmade pesticides, herbicides, antibiotics or livestock feed additives to grow crops and raise animals. Virtually all organic farmers prefer to use renewable resources and recycling to give what conventional farmers might consider waste back to the soil of Mother Nature. From this, we can see organic farming is a sustainable production system, which is one of its advantages. Organic farmers use numerous techniques to promote the quality of life of plants and animals within existing ecosystems and minimize pollution that occurs with all conventional farming practices. Another benefit is that with the increase in consumer demand for a healthier, more nutritionally balanced product, the sales of organically produced food are promoted. According to the research, it has become the fastest growing sector of agriculture and has shown an annual increase of at least 20% during the last six years. What's more, both chemical fertilizers and synthetic pesticides consume nonrenewable resources such as oil and coal. But the development of organic farming can lower the demand for these fertilizers and pesticides, so it is conducive to the conservation of essential energy. At the same time, it also can reduce industrial pollution caused by the production of these chemical substances. Organic farming differs greatly from the traditional one in a number of ways. Let's discuss it from the perspective of agricultural biodiversity. Firstly, for instance, earthworms are an important indicator of soil fertility. Studies have shown that the density and species number of earthworms in organically managed soils are three times as high as those in conventional fields. Moreover, the biodiversity in organic farming can also be reflected in the number of insects, which is twice as many as those in traditional farms. This might be highly related to the fact that organic vegetables are grown without any human-made pesticides, making these vegetables more likely to be damaged. The other main difference between organic and traditional farming lies in crop yields. One of the biggest concerns of organic farmers organic farms, though possibly well adapted for certain local environments, produce less food per unit of land. For example, organic vegetables like tomatoes and potatoes yielded 40% less than conventional ones. In addition, research has also found the number of weeds produced in winter is about 90% at present, which is decreased by 10% than before. However, lower crop yields in organic farming are still inevitable at the moment anyway. Organic farming is a new direction for agricultural development. These days, a variety of organic products are cultivated not only for humans but also for animals. For example, organic grass is commonly used in organic farms to feed cows because of the nonuse of synthetic fertilizers or pesticides. It can protect cows from diseases brought by large-scale breeding, thus ensuring the quality of raw milk. But an interesting phenomenon is that its production has remained constant these years, which is quite unique compared with other types of crops. Research on organic farming has covered various aspects and involved many countries. According to one study, organic farming was proposed in India in the early 1960s when it was faced with acute shortages of food grains due to the ever-increasing population and natural disasters. Although it could not be applied successfully at first, as farmers had been familiar with conventional instructions, proponents of organic farming claimed that organic agriculture emphasized biodiversity and effective soil management could enhance the capacity to mitigate and even reverse the effects of climate change. So India needed organic farming along with modern scientific agriculture. The study shows that in 2006, India became the country with the largest number of organic products and the production of crops kept growing year on year. Another international review about organic farming presents. In the first part, the people today have become increasingly interested in organic food and this opinion is quite the same as that of other articles. But what impressed me most was the volume of the investigation the author did in different countries. He conducted a survey in 99 countries, of which 66 are convinced that organic farming is beneficial to animals, while eight hold the opposite opinion and the remaining 25 say it is inconclusive. Therefore, the last part of the review is mainly talking about whether organic farming brings positive effects to animals. We can see there are different views about the advantages of organic farming. Some may think it can provide more nutritious and healthier food. Others may say it can protect the natural environment and benefit wildlife. However, as far as I'm concerned, it's you, the ones who buy organic products that will decide what they can bring to you because market demand determines everything. Okay, that's all I want to say. Now, let's open it up for discussion.

Write ONE WORD AND/ OR A NUMBER for each answer.

Choose the correct letter, A, B or C

8. What happened to organic farming in India?

B Farmers were reluctant to accept it.

C farmers could apply it successfully by following instructions.
Answer: A

B comparing different methods of organic farming in different countries

C whether organic farming is beneficial to wildlife
Answer: C

10. According to speaker, what is the main advantages of organic farming?

A it depends on consumers.

B it can produce food of more nutritional value.

C it can protect the enviroment.
Answer: A