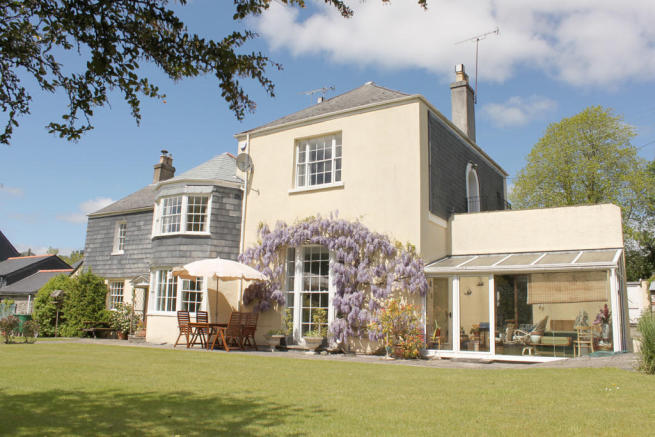 Leader:       Hello everyone. I’ve been asked to talk to you this afternoon about next month’s trip to Tamerton Study Centre for the two-week course. Now some of the things I’m going say you may have already heard or read about ... but I think it’s important to emphasise a few key points.

First of all, it’s worth reminding you why Tamerton was set up in the first place ... in the late nineteen sixties. That was really before all the concern with preserving the environment which everyone talks about these days. The idea was simply to get people out of the cities and into the country and to find out that just being outdoors can be very rewarding.

This is not going to be a holiday in the usual sense. It’s called an adventure course because you’ll really be stretched to your limits but that in itself can be a positive thing. The group I took last year, for example, said that although they actually felt pretty weak and exhausted all the time, it really made them learn a lot about themselves and increased their confidence ... and in the end that’s the most important thing.

Now all of you knew about policies at Tamerton before you signed up for it, so you know that in many ways it’s quite old fashioned - you don’t have a lot of choice in what you do. But something which I think makes the place so special is that you get to try so many different things, every day. For instance, one day you’ll do climbing and the next you’ll be surveying rock pools. It’s not intended that you become an expert in any of them ... it’s more like a taster, which you can follow up if you want.

And there isn’t a lot of free time ... organised activities and talks, etc. go on until nine p.m. and lights go out at eleven p.m. There are table tennis tables, with all the equipment, and board games, though I have to say the pieces often go missing so it’s a good idea to take your own. There’s a DVD player with a good selection of films suitable for this age group so don’t take yours.

Bed-time at eleven p.m. is strictly enforced ... and there’s a good reason for this. You’re all under eighteen and we organisers need to know that all group members are accounted for in the house as we close for the night. And of course you’ll be so exhausted anyway that you’ll be too sleepy to want to cause any trouble.

Leader:       Now, what should you pack? The information sheet tells you a lot about what clothing to bring ... but what about other things? Well, Tamerton House has its own small shop, but anything bigger is several miles away so you won’t have many opportunities for buying supplies. So in this last part of my talk, I’m going to explain what objects you should take with you to the Centre, what you can take if you want and also, very importantly, what you cannot take.

Several of you came up to me before this talk and asked whether you can take things like kettles, or hairdryers. The answer is, there are plenty of these electrical appliances available in the Centre and they are of the proper voltage and are checked regularly. Yours may not be, so the rules at Tamerton say you can’t bring them into the Centre ... because it’s considered a fire risk ... remember it’s a very old house. Now, another question was about cell phones. Although you definitely can’t have them on during inside talks, you equally definitely need them when you’re out on exercises ... so they’re a must, I’m afraid. Anybody who wishes to talk to me about borrowing a phone for the fortnight, please see me after this talk.

Now, the weather’s heating up at the moment and you’ll be outdoors a great deal. If you wear proper clothing, especially a hat, sun cream is optional. Also they sell high-factor cream in the shop so you don’t have to take any of your own, unless there’s a special kind you use. Now there’s a special note about things like deodorants which come in aerosol cans - I need to tell you that these are banned in the Centre because apparently they have the habit of setting off the fire alarms. If you want to take an aerosol can, you’ll actually be at risk of being told to leave.

And finally, people having been asking about whether they need to take towels. Well, the Centre does provide one towel per guest, which you’re required to wash yourself. If you’re happy with that then don’t bring another. If not, take one of your own. Just remember how much outdoor exercise you’ll be doing ... and how dirty and wet you’ll be getting ...

You hear a club leader giving information to a group of young people who are planning to do a two-week holiday course at the Tamerton Centre.

Choose the correct answer, A, B or C.

A  to enjoy being in the countryside.

B to help conserve the countryside.

C to learn more about the countryside.
Answer: A    Locate  Listen from here

A built their self esteem.

B taught them lots of new skills.

C made them fitter and stronger.
Answer: A    Locate  Listen from here

3    For the speaker, what’s the most special feature of the course?

A You can choose which activities you do.

B There’s such a wide variety of activities.

C You can become an expert in new activities.
Answer: B    Locate  Listen from here

4    The speaker advises people to bring

A their own board games.

C a selection of films on DVD.
Answer: A    Locate  Listen from here

5    Bed-time is strictly enforced because

A it’s a way to reduce bad behaviour.

B tiredness can lead to accidents.

C it makes it easy to check everyone’s in.
Answer: C    Locate  Listen from here

What rules apply to taking different objects to the Centre?

Match each object with the correct rule, A-C.

A You MUST take this

B You CAN take this, if you wish

C You must NOT take this